Samantha Da Silva joined the Law Office of Amy M. Wax, P.C. as a receptionist in 2018 and has since become office manager.  Born in Framingham to Brazilian parents, Ms. Da Silva was raised bilingual in Portuguese and English and has acquired a conversant level of Spanish.  As an active member of her community, she has assisted families and friends with translation in a legal setting.

With a passion for the field of immigration, Ms. Da Silva is eager to put her skills to use in assisting clients in any way she can.  She is currently earning an Associate's degree at Mass Bay Community College.​

A. Paulo Silva, with Law Office of Amy M. Wax, P.C. since its inception, is senior paralegal and has been exclusively in the practice of immigration law since 2006. He worked for a number of years as an immigration law paralegal at private law offices and as a volunteer paralegal at the Catholic Charities Legal Clinic in Boston. Mr. Silva also worked as a senior paralegal for the Political Asylum/Immigration Representation Project (PAIR Project) in Boston and helped coordinate the “Know Your Rights” presentations at the Suffolk, Plymouth and Bristol Correctional Facilities and provided legal assistance to the pro bono detention manager and staff attorneys.

Mr. Silva has assisted in all types of immigration cases, including family and employment ­based petitions, consular processing, deportation, NACARA, asylum, naturalization, U visas and applications for relief for victims of domestic violence. He is fluent in Portuguese, French and Spanish. He holds a Bachelor of Arts in political science and French from UMass Boston and an Associate's degree in paralegal studies from the Massachusetts Bay Community College. He also received a certificate of political science studies from Science Po and a certificate of French language studies from the Université Rennes 2 in France. 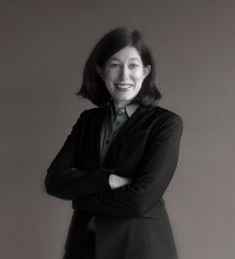 Tyler J. Tripp joined the Law Office of Amy M. Wax, P.C. as a legal assistant in 2021.  With a strong love for language, culture and diversity, Mr. Tripp attended UMass Boston and has earned a Bachelor's Degree in Latin American and Iberian Studies, accompanied by a minor in Portuguese Studies.  To supplement his education, Mr. Tripp studied at the University of Salamanca in Spain to improve his Spanish language skills.  There, he also volunteered his time to help teach Spanish citizens English.  Mr. Tripp's respect for the immigrant community is the reason he learned both Spanish and Portuguese.  It is also the reason he decided to work in an immigration law firm, where his skills can be best applied.

Mr. Tripp is adamant on fighting for a better world.  He believes those who are most disadvantaged require those with influence to step up.  Mr. Tripp is excited to be a legal assistant and looks forward to using his experience to benefit and assist the immigrant community. 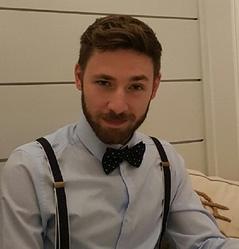 Sean McGrath joined the Law Office of Amy M. Wax, P.C. in 2013. As a legal assistant, he has assisted Attorney Wax in various types of immigration cases, including family-­based petitions, naturalization, and U visas. Prior to working for Attorney Wax, Mr. McGrath spent some years in the banking industry, acquiring a management position, and establishing connections with several members of the communities in the Boston area.

Mr. McGrath has an Associate's degree in General Concentration at Bunker Hill Community College and is currently working on a Bachelor's at UMass Boston. With a strong focus on the Spanish Language, he attended summer courses at Menendez Pelayo International University in Santander, Spain. 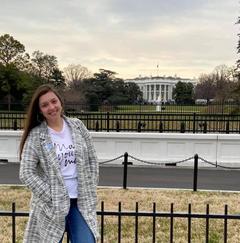 ​Amy M. Wax has been exclusively practicing immigration law since 2000 and was an adjunct clinical faculty for the Immigration Clinic at Boston College Law School for 10 years. Attorney Wax was the sole attorney at the Committee on Refugees from El Salvador for several years and also worked as a staff attorney at Catholic Charities.  She was previously vice chair on the board of directors of Project Citizenship and currently services on the Advisors and Ambassadors board.

Attorney Wax handles all types of immigration cases, including family ­based petitions, consular processing, deportation, NACARA, asylum, naturalization and applications for relief for victims of domestic violence. She is fluent in Spanish and Portuguese and frequently gives presentations to the Spanish and Portuguese­ speaking communities. She also taught several years for Massachusetts Continuing Legal Education. She holds a J.D. from Boston College Law School and a B.A. in psychology and Spanish from Tufts University.

Since 2001 Amy Wax has been a member of the American Immigration Lawyers Association (AILA), which was established to promote justice, fair and reasonable immigration law and policy, and quality legal practice. AILA is a non­profit organization that consists of lawyers and law professors who are dedicated to the practice and teaching of immigration law.